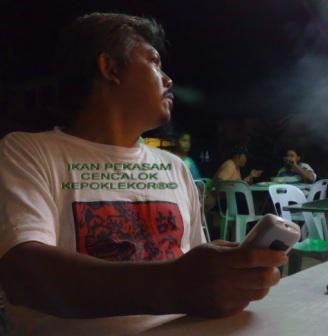 Many Malaysian have high hopes for our badminton team but unfortunately our team is always at their element. That is letting us down.Again.

Credits to Chong Wei for he did manage reach the final stage of the tourney.But last night he went down in 39 minutes! And he was bullied in court by Lin Dan. It was like a national player against a sekolah kebangsaan kid.

But you and me whats gonna be the excuses from BAM,right?
Try this: Lee Chong Wei was under tremendous pressure when 99% ofthe crowd was cheering for Lin Dan.
True!What do you expect when he is at home ground. Our players used to have homeground advantage but still failed.

Or this: Chong Wei was tired because of the gruelling semifinals.
And as if Lin Dan and the others didn't have to sweat at all.

Anyway,isn't the RM 1 million big enough a carrot for Chong Wei? Do you think the Chinese govt promised 1 million yuan for their gold medalist? Or Ethiopia promised the same numerations to their long distance runners?

Our shuttlers have the skills just like the Chinese or the Indonesians or the Danes. But one thing we do not have: Mental strenght to fight when under pressure.We've seen it before.We saw it last night.We will see it again.

But unfortunately we still have politicians to rip that off from us.
Posted by tokasid at 11:33 AM 23 comments: